In this Lesson, we will work on an Exercise to become comfortable with simulating suspended Solids. To do this, we will simply build on a previous Exercise we completed in Unit 6, Lesson 9. You should have saved this to the “MyModels” subfolder of the “Contaminant Transport Course” folder on your desktop, and named it ExerciseCT6.gsm. If for some reason you do not have that model, open ExerciseCT6_Boundary_Condition.gsm in the “Exercises” subfolder.

Recall that this model consists of two tanks containing Water and Sand (and the Sand is not suspended):

In this Exercise, we are simply going to make the following changes:

The new input parameters describing this system are summarized below:

Conceptually, the new schematic for the model looks like this (note the suspended particulates):

To update this model, you should follow these steps:

Once you are done with your model, save it to the “MyModels” subfolder of the “Contaminant Transport Course” folder on your desktop (call it ExerciseCT9.gsm). If, and only if, you get stuck, open and look at the worked out Exercise (ExerciseCT9_Suspended_Solids.gsm in the “Exercises” subfolder) to help you finish the model. 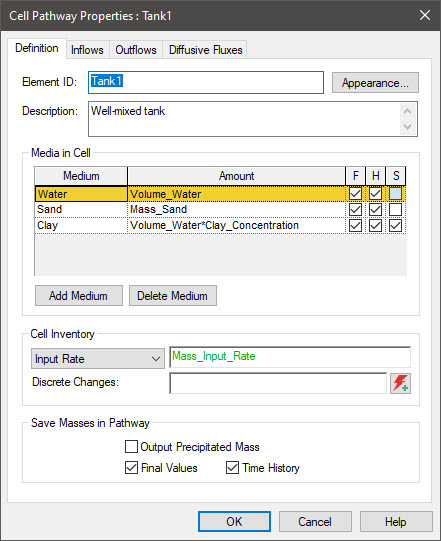 Tank2 should look similar (without the Mass Input Rate). 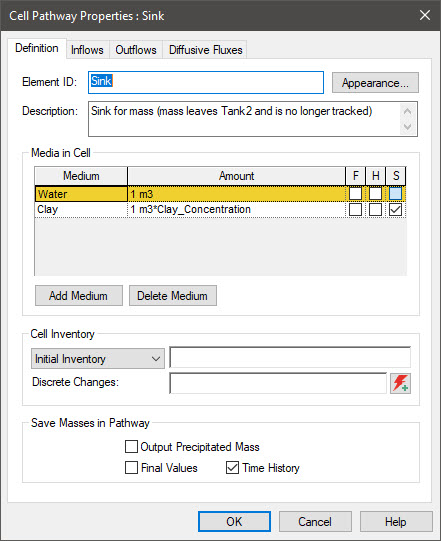 The key point to notice here is that it must contain Clay (although the amount does not matter, and it does not necessarily need to be suspended).  This is because, as pointed out in the previous Lesson, particulates are only advected into the downstream Cell if the Solid exists in that Cell.

Let’s run the model and look at the results.  In particular, let’s plot the mass in the Sink.  If you do that, the plot will look like this: 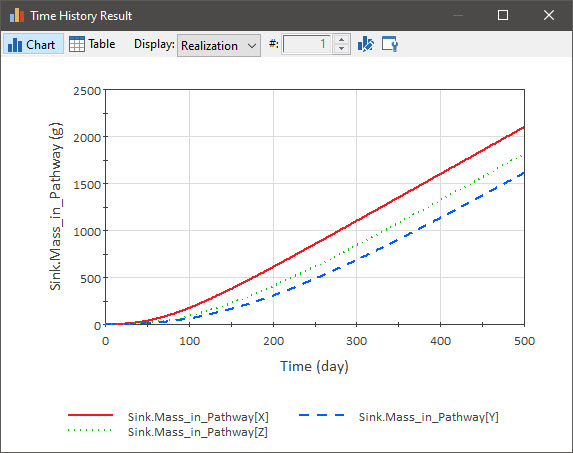 As an aside, when GoldSim plots vectors (as we are doing here), it chooses default styles (in this case solid red for the first item, dashed blue for the second item, and dotted green for the third).  We don’t need to stick to these default styles.  To illustrate how to do this, close this result, return to Edit Mode, and select Model|Array Labels… from the main menu. Double-click on Species: 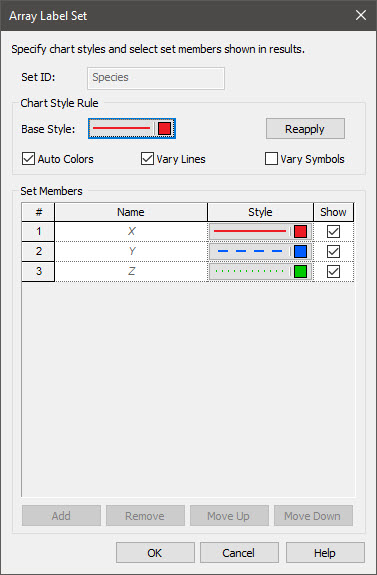 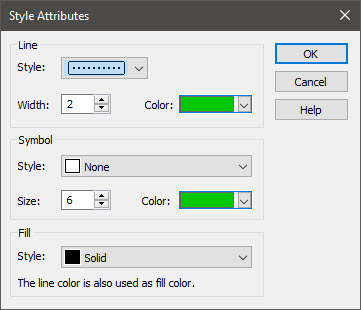 In this dialog, edit the Style drop-list to make this line solid (rather than dotted).

Close the three dialogs, rerun the model, and plot the mass in Sink again: 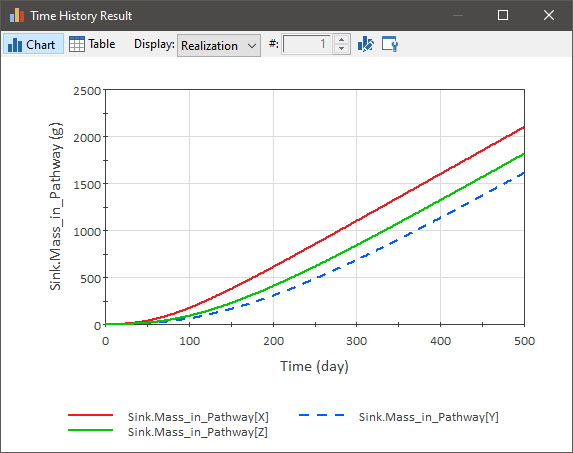